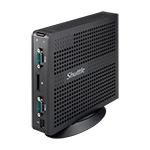 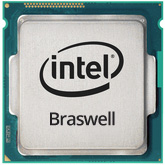 The XS36V5 provides HDMI, DisplayPort, D-Sub output to support three independent displays. Use an adaptor to convert HDMI into DVI interface and DisplayPort into HDMI or DVI interface for diversified signal selection. 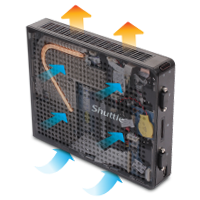 The XS36V5 uses a thermal module with cooled heat pipes to transmit heat throughout the system quickly and evenly. The fanless design reduces power consumption required by a fan as well as the cost of replacing fans on-site. Use with solid-state disks and create an operational platform completely free of noise.

The XS36V5 features two RS232 ports (one RS232 and one RS232/RS422/RS485) which both support 0V/5V/12V. Connect with barcode scanners, receipt printers, keypads, and other peripherals. The XS36V5 is easily configured into peripheral-heavy POS, Kiosk, and Digital Signage systems.

The slim XS36V5 is VESA mount compliant and allows for versatile integration into hardware systems. This space saving capability is well-suited for digital signage and kiosk applications with limited space.