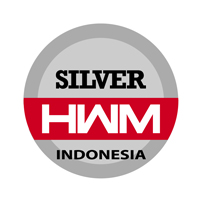 Shuttle XS35GT was honored to receive a “Sliver Award” from HWM, one of the famous consumer electronic magazines in Indonesia.

“A noiseless multimedia oriented system without any fan, the XS35GT is exceptionally cool because of the clever implementation of the heat pipe and heat sink. This multimedia oriented system is also using a faster Caviar Blue HDD from Western Digital, totaling 500GB perfect for storing movies and pictures. All of these are using not more than 40W of power, quite an efficient system.” “Shuttle with its long history of making mini barebones has again created a mini form and maxi performance system.”

In the test review, HWM evaluated each product on its value, feature, performance, simplicity and design. Shuttle XS35GT was rated 7.5, 8, 8, 8, and 9 out of10s, and an outstanding average of 8 out of 10 on overall rating.